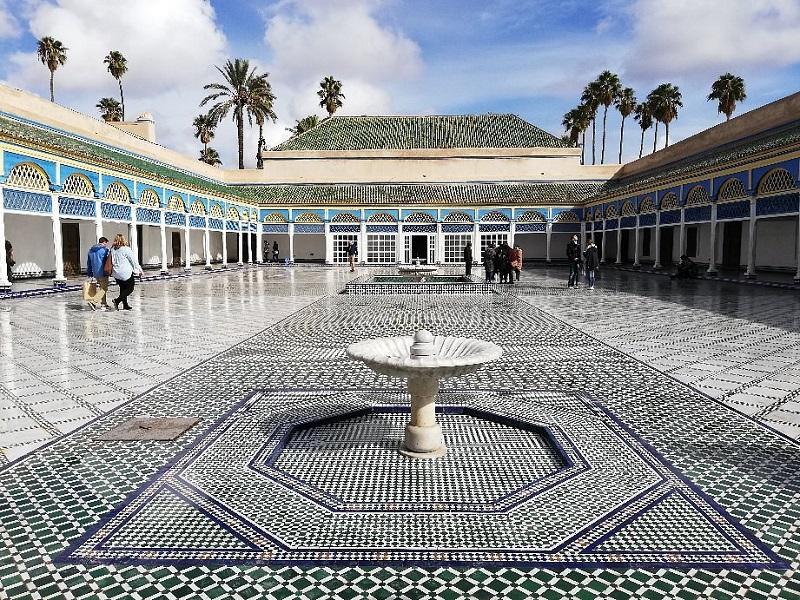 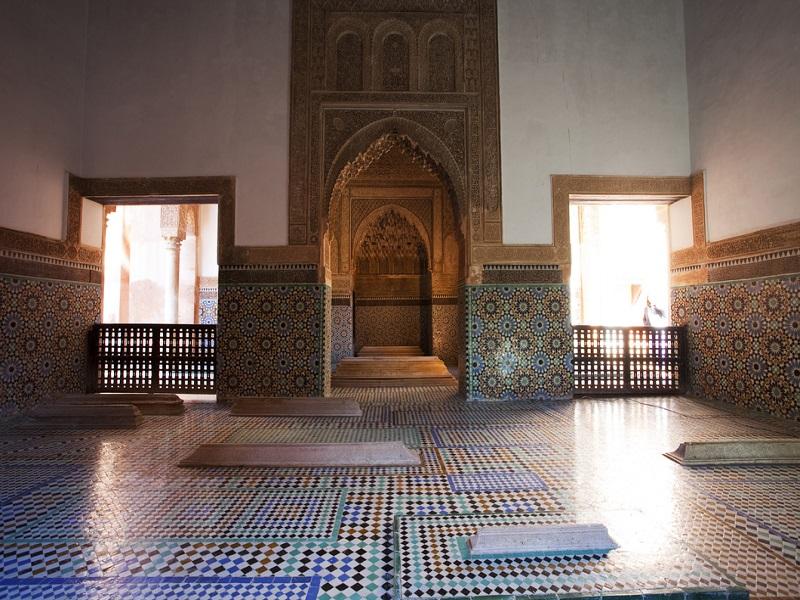 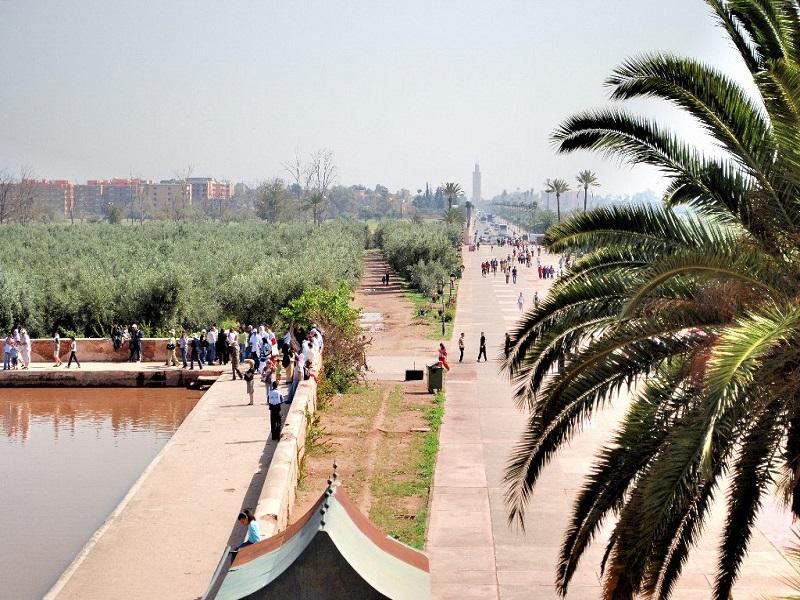 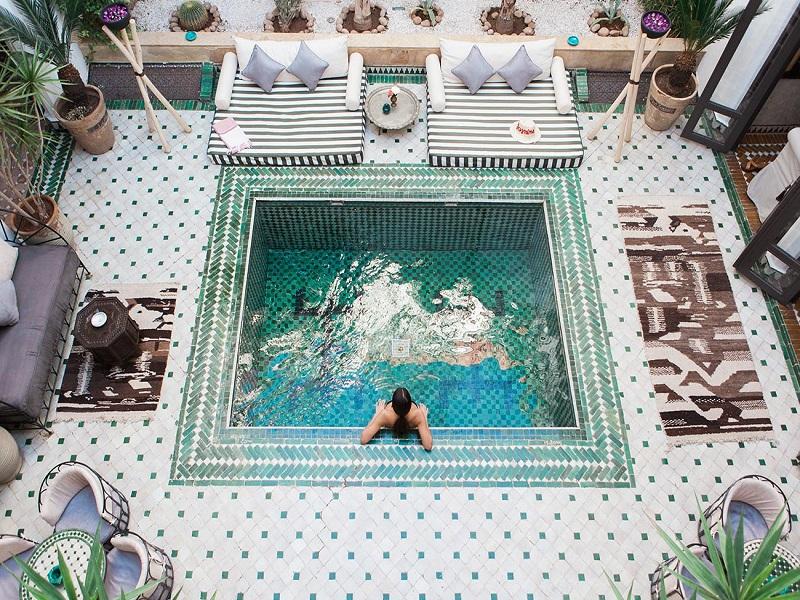 One of the most impressive sights in Marrakech, the Koutoubia is one of the largest, most beautiful mosques in the western Muslim world. Its 225 foot tall minaret is a Hispano-Moresque masterpiece that is very similar to the Giralda of Seville.El Bahia Palace was built in the late 19th century in a two acre garden. It is a haphazard arrangement of secret luxury apartments opening to inner courtyards. For seven years around a thousand craftsmen from the Fez region worked on the palace. The only sections open to the public are the apartments of the sultan´s favorite concubine, the council chamber (with tiled walls and illuminated cedar wood ceiling) and the great central courtyard (paved with marble and decorated with zelliges and fountains).The Saâdian Tombs with their delicate decorations and pure architectural lines are considered by many to be a beautiful feat of architecture. They were first built to house the tombs of the Saadian Sultan, Ahmed el Mansour. In 1591 the first “koubba” of this burial ground was built south of the Casbah.At the base of the Atlas Mountains lie the Menara Gardens. Covering an area of 250 acres, they are full of olive trees surrounding a large central lake that dates back from the 12th century and is fed by a network of irrigation channels. At the water´s edge is a small Saadian pavilion. With the snow-covered peaks behind it, this is a breathtaking sight in the evening when it catches the golden rays of the setting sun.To better discover Marrakech, enter an intricate maze of the narrow streets in the world of the souks. Protected from the sun by slatted awnings, you will find a variety of quarters established by craftsmen, according to a structured system of corporation. There are souks of basketwork, dried fruit, spices, clothes, wool, skins, Berber carpet, leatherwork, ironwork, jewelry and more! Some souks of note include the Rue du Souk Smarine which leads into the Place rahba Kedima, where a slave market was once held (it remains an important commercial site). There are also a few apothecary shops here and there.Next we will visit Djemaa El Fna. This traditional meeting place for peasants and merchants from the Sous region, the High atlas and the South has become the heart of Marrakech. In the mornings this large square is crowded with fruit and spice sellers, guerrab with their leather water bottles and metal drinking cups, basket sellers, ironmongers and Barbers. In the afternoons come the Gnaoua dancers descended from former Guinean slaves, musicians, story tellers, snake charmers and entertainers with performing monkeys!

Hotel pick up from Marrakech.End point: Same as the starting pointScheduleDuration: 9 Hours

Rates quoted are subject to change base on availability as at time of booking and currency fluctuation.